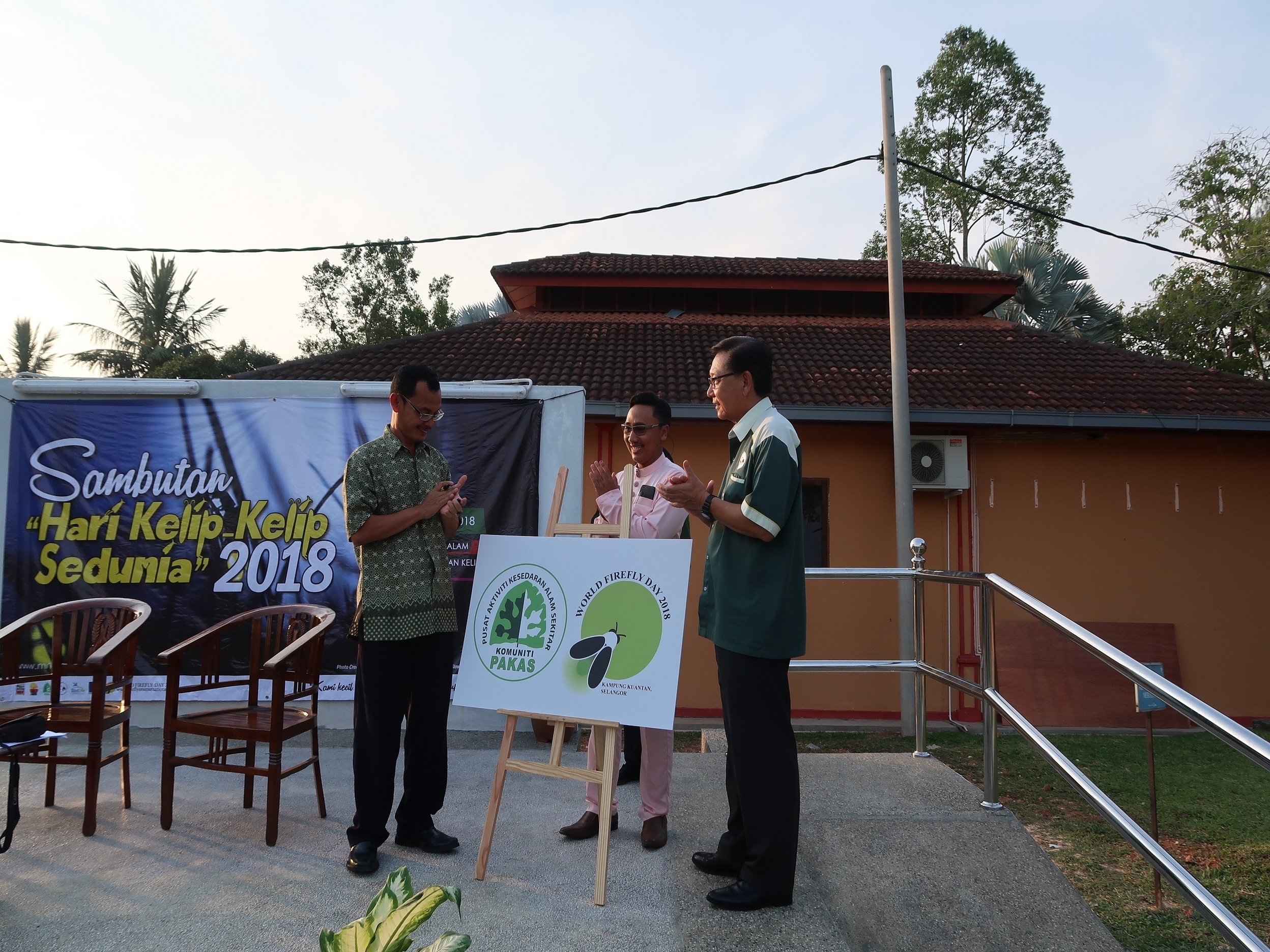 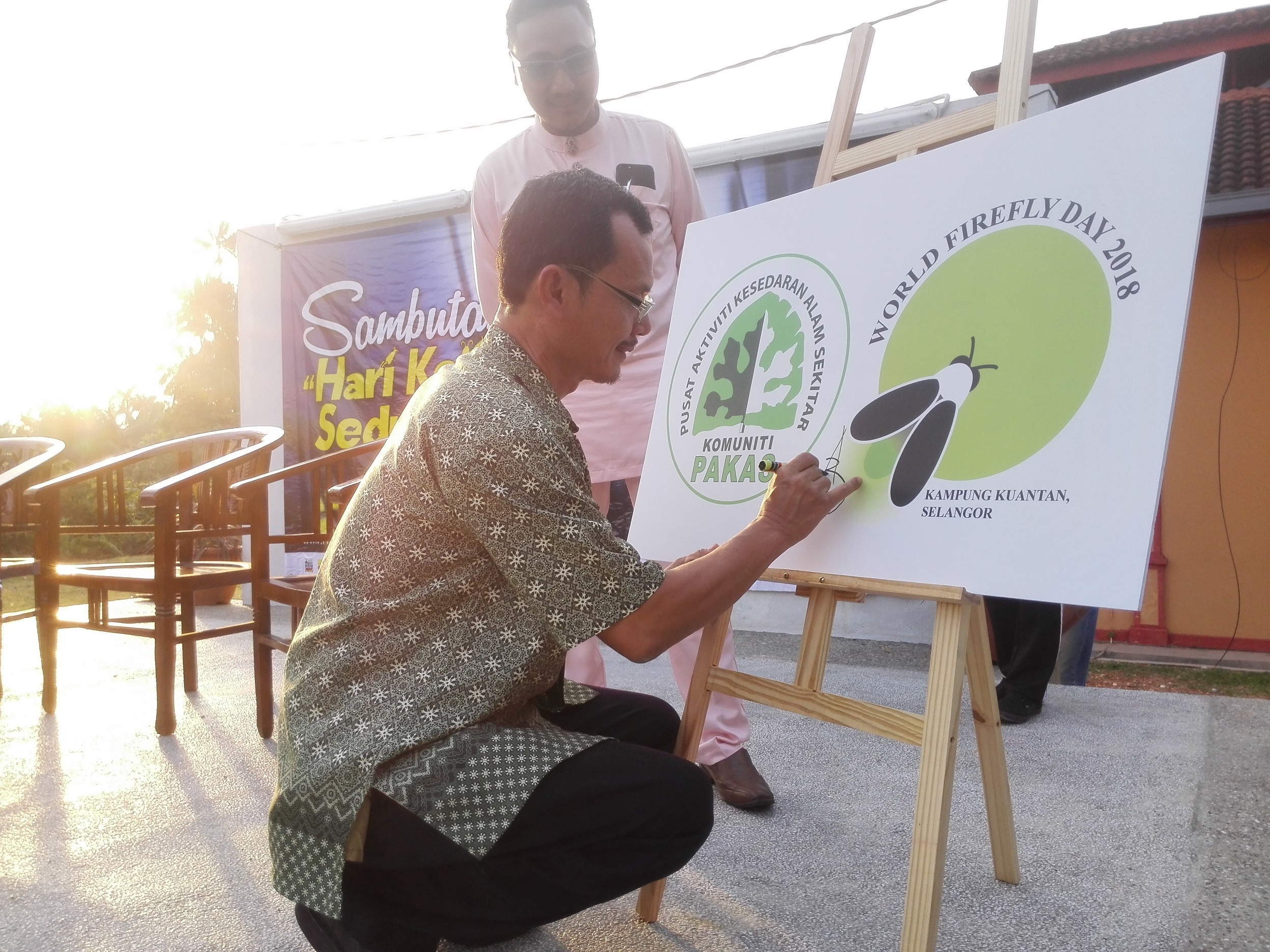 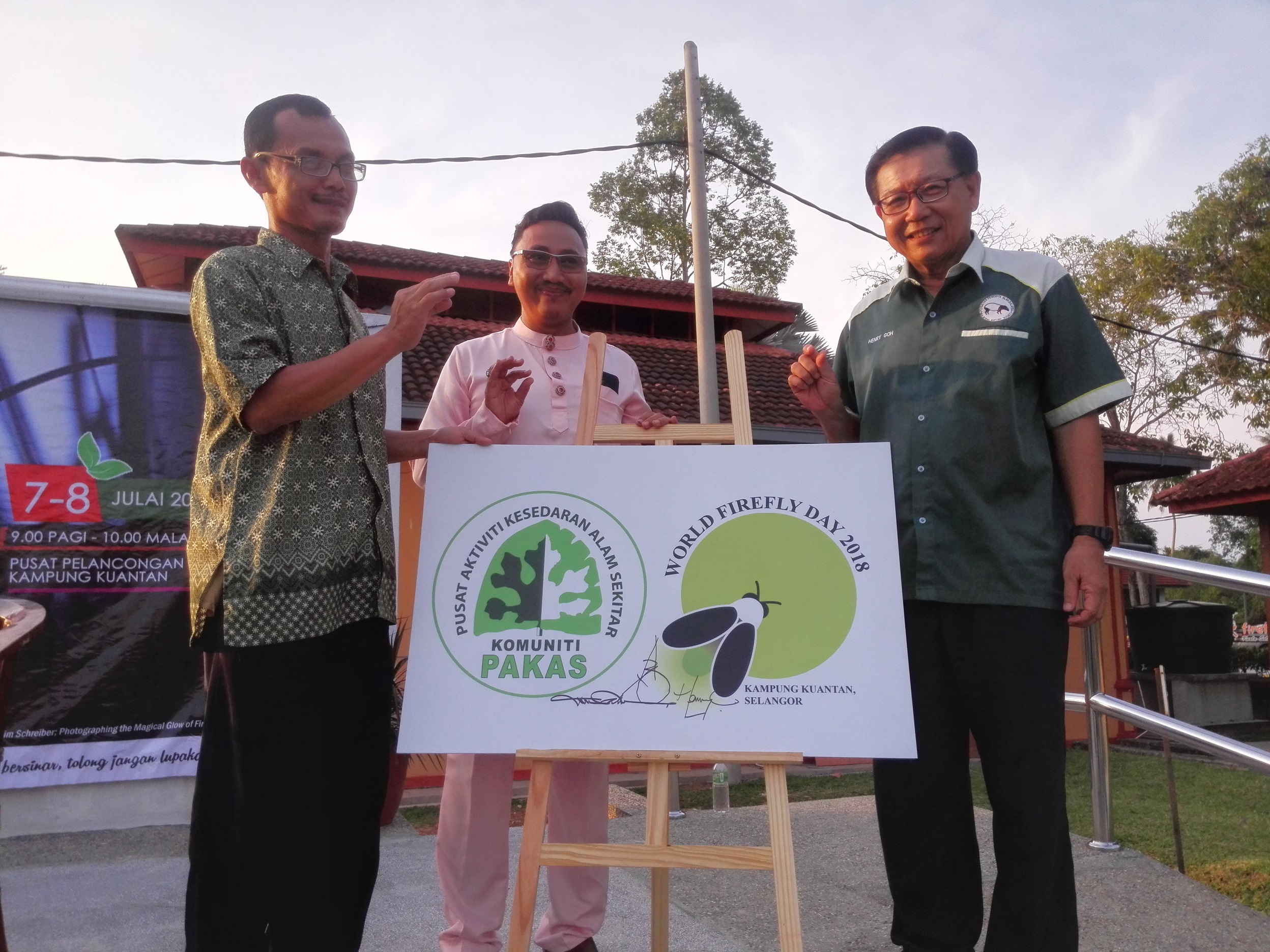 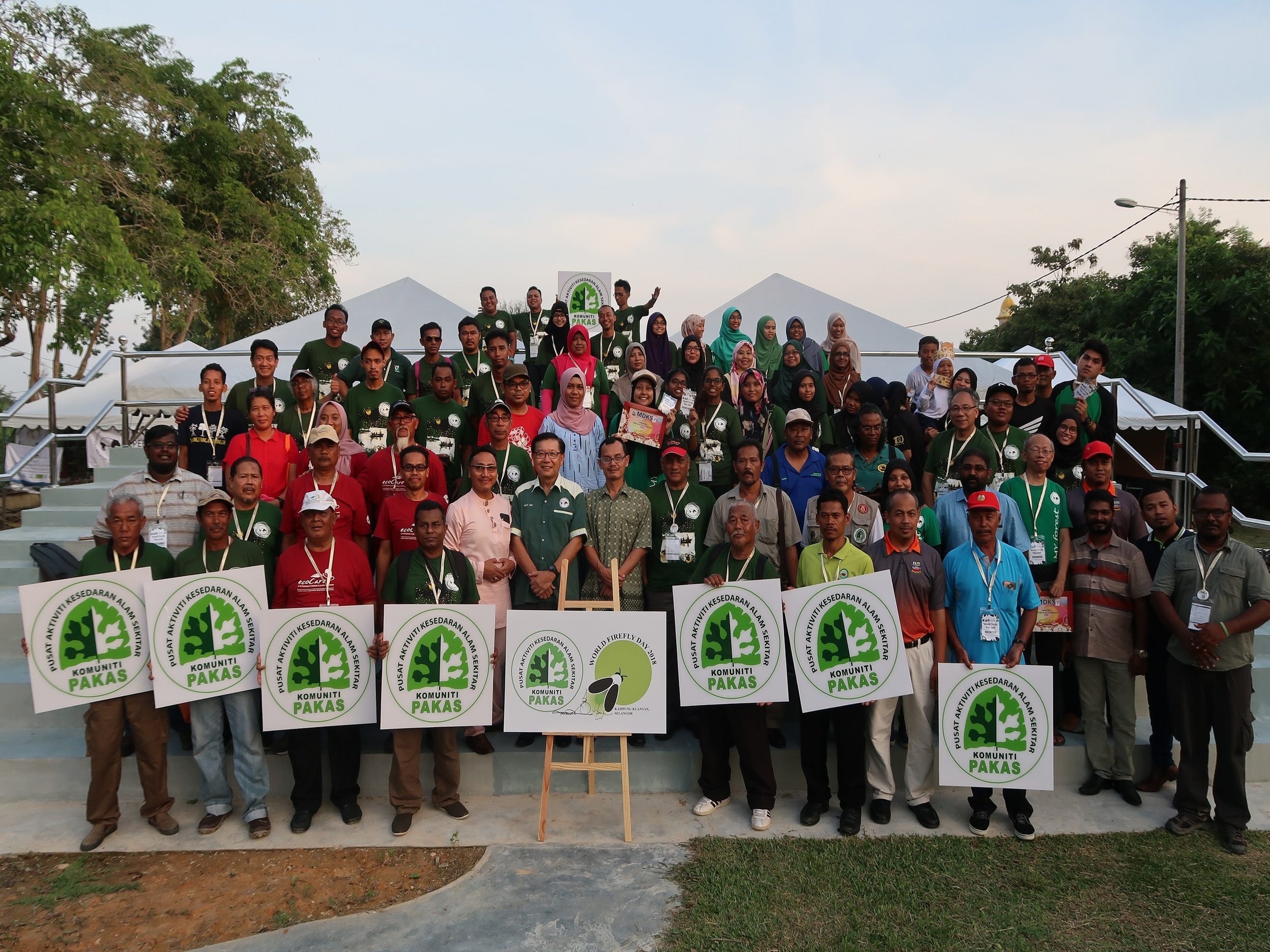 The Malaysian Nature Society today (Saturday, 7 July) launched its inaugural World Firefly Day celebration as part of a new global initiative to create awareness about these little beetles that are an essential and beneficial part of the ecological landscape.

In his welcoming speech, MNS President Henry Goh said World Firefly Day was a terrific idea to shine the spotlight on fireflies, which served as an indicator of an ecosystem’s health and biodiversity, and a possible income generator for local communities.

Using Kampung Kuantan as a prime example of community-involved ecotourism ventures, Goh said the firefly night tour, which was set up in the 70s, benefited from a push by MNS in the form of promotions, and protection as a restricted-activity area.

He said this was part of MNS’s focus on community empowerment, which would be boosted by the Komuniti PAKAS initiative. He said through PAKAS, MNS would be able to assist local communities in capacity building, in line with good forest governance practices.

Goh hoped World Firefly Day would be an impetus for everyone to appreciate the importance of fireflies. “We hope our efforts will ensure these bright sparks are never extinguished.”

The launch of World Firefly Day 2018 and Komuniti PAKAS was officiated at by Azman Dahlan, Setiausaha, Majlis Daerah Kuala Selangor, on behalf of its Yang Dipertua, Rahilah Rahmat. In his address, Azman reiterated the role of fireflies in securing a source of ecotourism income for the people of Kampung Kuantan, especially the boat rowers.

He said according to MDKS figures, in 2018 up until April, some 20,000 visitors bought tickets for the boat tours, netting the rower collective approximately RM250,000, which was in line with the Council’s annual projections.

Nonetheless, he said more could be done in protecting firefly areas, and welcomed World Firefly Day as one of the ways to create public awareness and highlight the message that everyone should work together to handle environmental issues. MDKS is the partner organiser for World Firefly Day 2018, Malaysia.

World Firefly Day, which is slated for the first weekend of July each year, was mooted by the Fireflyers International Network, of which MNS is honorary secretary. In her World Firefly Day message, FIN Chair Dr Sara Lewis said the celebration “provides an opportunity for everyone – even those who have never seen fireflies – to get familiar with these charismatic yet mysterious insects: their biodiversity, ecological roles, challenges faced, and socio-economic importance as a tourist attraction”.

She added that the theme broadcast the message that fireflies were magical to see, yet also required protection. This is because around the world, fireflies faced challenges, greatest among which were destruction of habitat through agricultural conversion, along with pesticide use, light pollution and commercial harvesting. Ends

About Fireflyers International Network
FIN is an international group of firefly scientists and enthusiasts established in 2017. Its mission is to serve as a leader and catalyst for the conservation of fireflies and their habitats through research, education and advocacy. With over 200 members representing more than 20 countries, FIN includes scientists, artists, conservationists, and naturalists, all unified by a shared sense of wonder and delight in these bioluminescent beetles.

About Malaysian Nature Society
Established in 1940, the Malaysian Nature Society (MNS) is the oldest and largest membership-based environmental non-government organisation (NGO), with over 3,000 members in 14 branches across the country as well as international members. The branches cater to the needs of the membership and form the focal point of conservation activities in each State. Being a membership-based organisation, MNS has been the reason behind the protection of many key habitats as well as national and state parks in Malaysia.