Talk on The Wilderness Among Us by Benjamin Ong 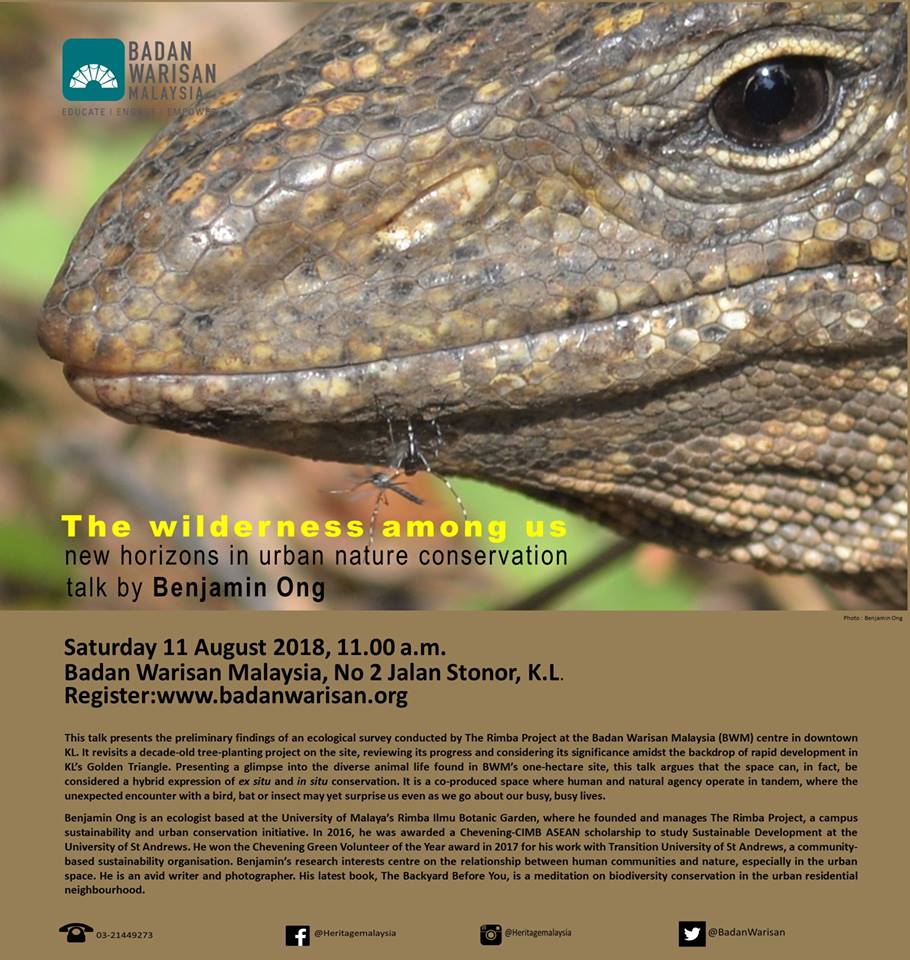 We live in the Anthropocene, an age where humans might as well be gods. Across the world, rapid development, deforestation and other forms of environmental degradation are driving habitats and species to extinction faster than we can save them. More than 75 per cent of Malaysians now live in urban areas, generally disconnected from the bulk of nature conservation efforts that take place in large swathes of remaining natural ecosystem far from towns and cities.

Meanwhile, in spite of human action, nature exerts her own agency. While we encroach on wild areas, a sizeable number of plants and animals demonstrate remarkable resilience in adapting to urban settings. While urban areas are seldom associated with biodiversity conservation, patches and pathways of habitats and ecological corridors exist within the city. These support wildlife and challenge our assumptions of sterility, our understanding of urban green space, and our expectations of green cities.

This talk presents the preliminary findings of an ecological survey conducted by The Rimba Project at the Badan Warisan Malaysia (BWM) centre in downtown KL. It revisits a decade-old tree-planting project on the site, reviewing its progress and considering its significance amidst the backdrop of rapid development in KL’s Golden Triangle. Presenting a glimpse into the diverse animal life found in BWM’s one-hectare site, this talk argues that the space can, in fact, be considered a hybrid expression of ex-situ and in-situ conservation. It is a co-produced space where human and natural agency operates in tandem, where the unexpected encounter with a bird, bat or insect may yet surprise us even as we go about our busy, busy lives.
More Info : https://badanwarisanmalaysia.org/