It’s black and white, but being the shy creature that it is , the Tapir (Tapiridae) is not as much in the limelight a the cuddly panda, despite being celebrated on its own World Tapir Day on 27 April.

This herbivorous mammal is closely related to odd-toed ungulates(hoofed animals) such as rhinoceros and horse, with four toes on its forefeet and three on the hind feet. Tapirs tend to resemble large pigs with a long snout , but seem to move like small elephants, while their fleshy proboscis also functions as an upper lip to grab leaves from tree branches. Tapirs are excellent swimmers and can even dive to feed on aquatic plants, and they submerge themselves in water to keep cool and are believed to wallow in mud to remove ticks from their thick hides. 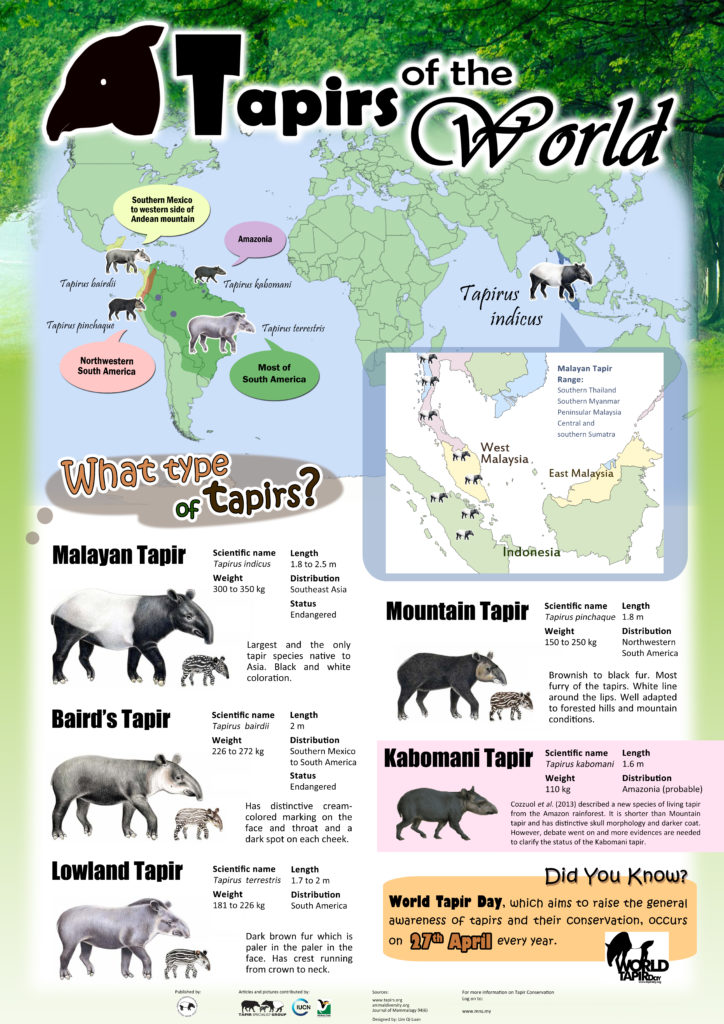 Our celebrity animal is the Malayan or Asian Tapir (Tapirus indicus) , the biggest of four species and the only one found in our region, in Peninsular Malaysia, Thailand, Myanmar and central parts of Sumatra in Indonesia. The adults are instantly recognisable by their distinctive black and white colour, with the white markings resembling a saddle, while calves are born with a dark black/brown skin with white stripes and spots. 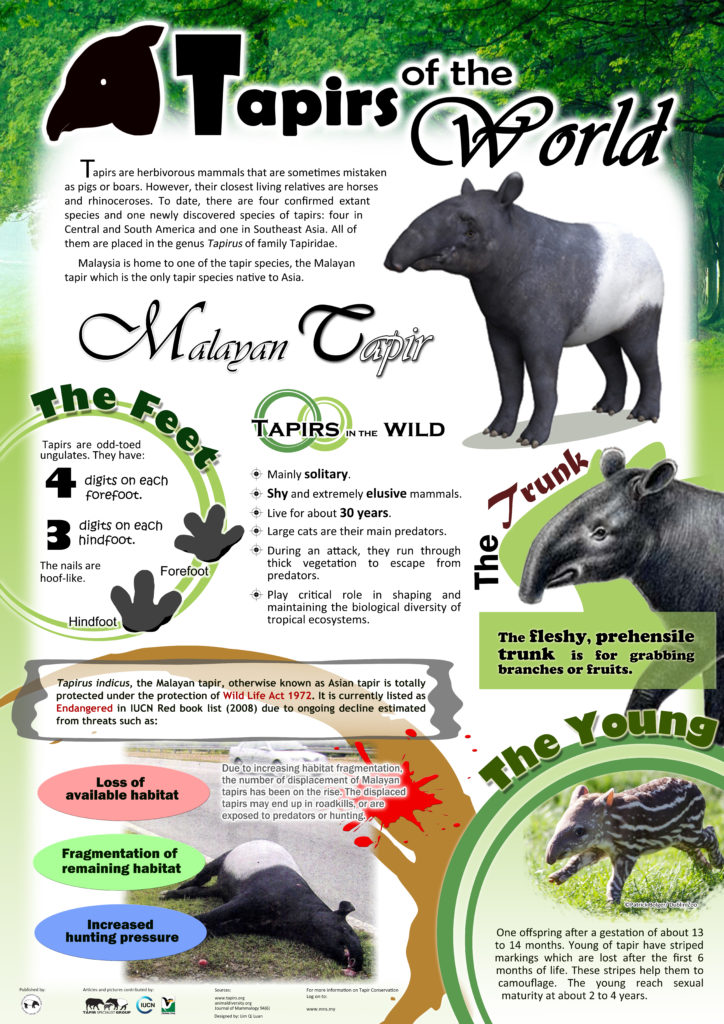 This Tapir Day let us all make a pledge to sustain our biodiversity for our future generation. Your membership acts as a voice for the voiceless, be a part of our conservation efforts by signing up as a member today. MNS aims to grow our membership to 10,000 members by 2020 to strengthen our conservation efforts in the country. Click here to learn more about our works via our recently published quarterly report. 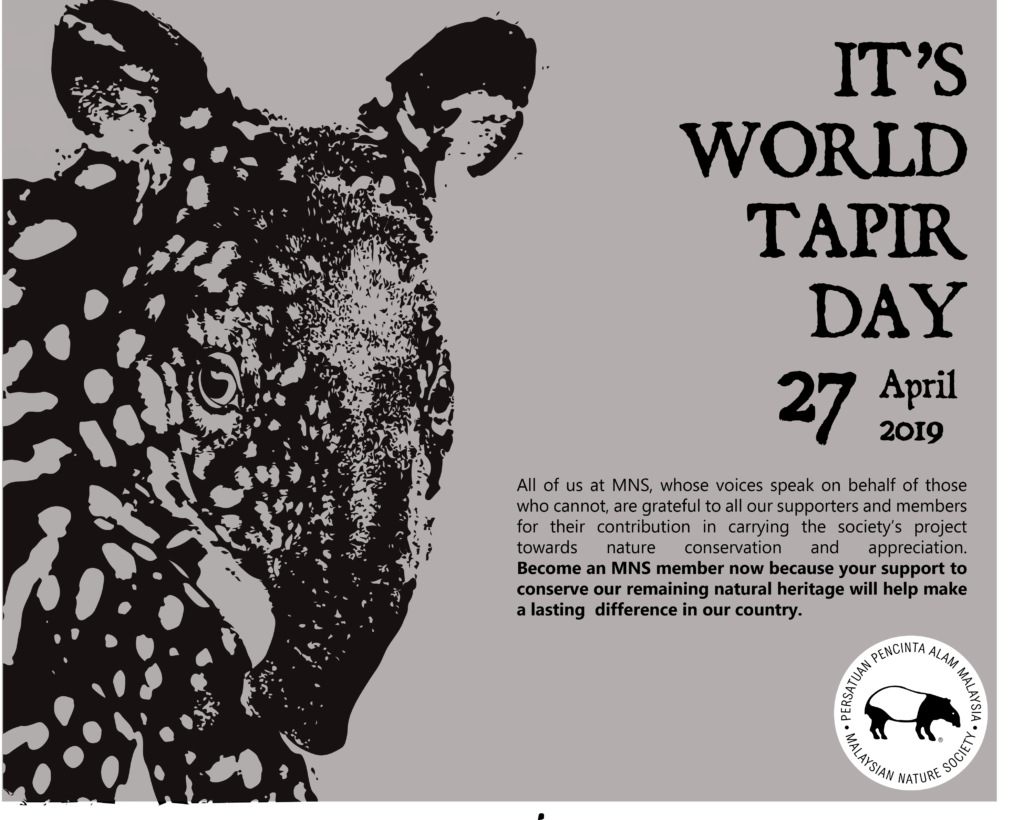 Sign up as an MNS member to support our Conservation Works in Malaysia!!

Join the Tapir family today and together we can all make a difference!