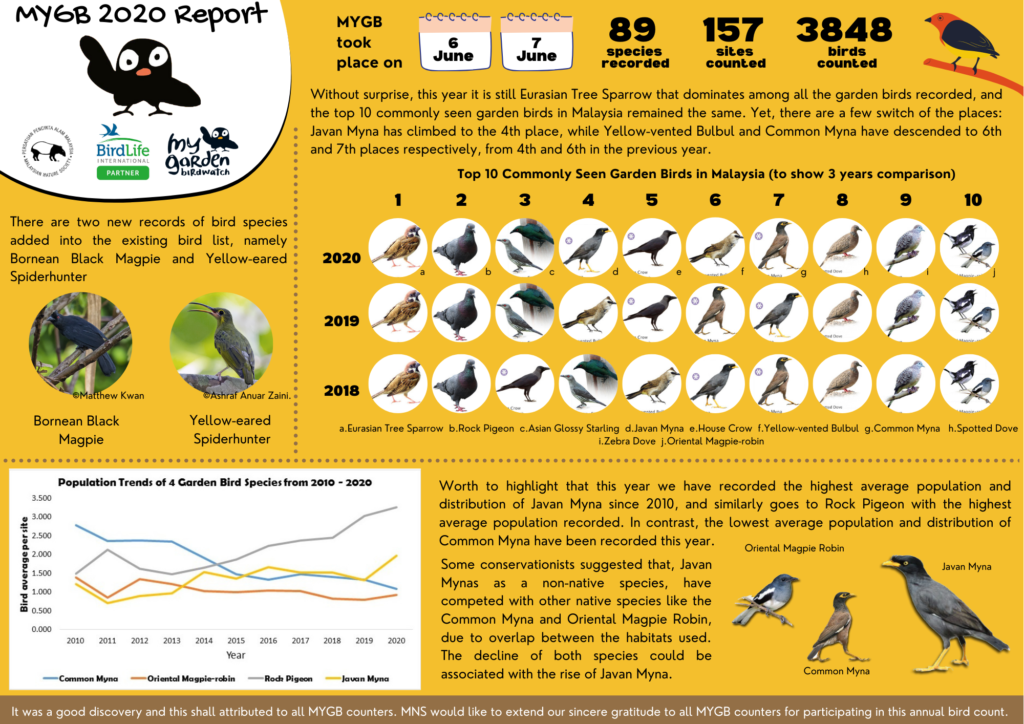 This year, MY Garden Birdwatch (MYGB) took place on 6th & 7th June 2020 and the results we have a total of 89 bird species recorded, 157 sites covered, and 3848 individual birds counted.

Without surprise, this year it is still Eurasian Tree Sparrow that dominates among all the garden birds recorded, and the top 10 commonly seen garden birds in Malaysia remained the same. Yet, there are a few switch of the places: Javan Myna has climbed to the 4th place, while Yellow-vented Bulbul and Common Myna have descended to 6th and 7th places respectively, from 4th and 6th in the previous year.

Some conservationists suggested that, Javan Mynas as a non-native species, have competed with other native species like the Common Myna and Oriental Magpie Robin, due to overlap between the habitats used. The decline of both species could be associated with the rise of Javan Myna.

There are two new records of bird species added into the existing bird list, namely Bornean Black Magpie and Yellow-eared Spiderhunter. It was a good discovery and this shall attributed to all MYGB counters. MNS would like to extend our sincere gratitude to all MYGB counters for participating in this annual bird count.