It is black, it is white and it is nocturnal. Mainly active at night, the Malayan Tapir is often mistaken for anteaters or wild boars. The Malayan tapir is the largest of all four species and the only one found in Asia. Often overshadowed by other animals in the public eye, it does not enjoy the same cuddly status as the other black and white creature we all know – the panda. Thus, in conjunction of World Tapir Day, held annually on 27th April, Malaysian Nature Society is organizing a series of contests for students with the aim to raise awareness on conserving and protecting Malayan tapir and its habitat. 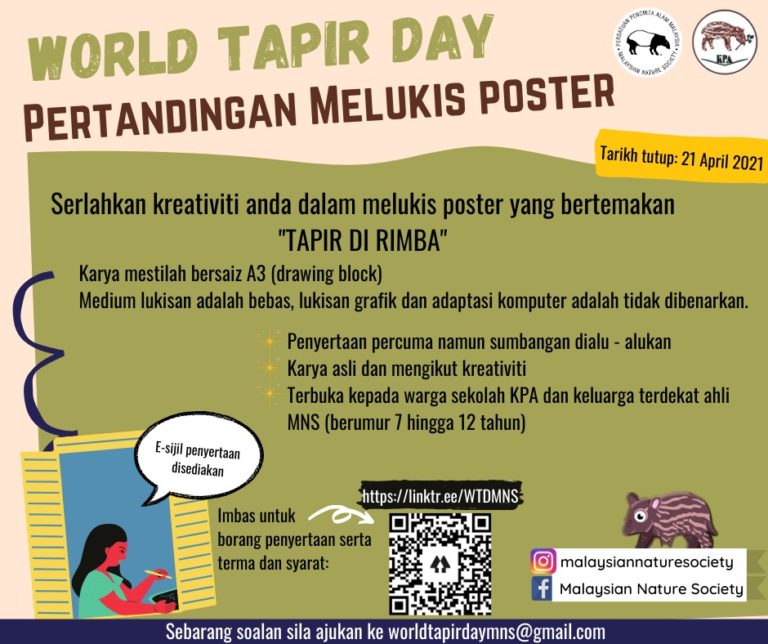 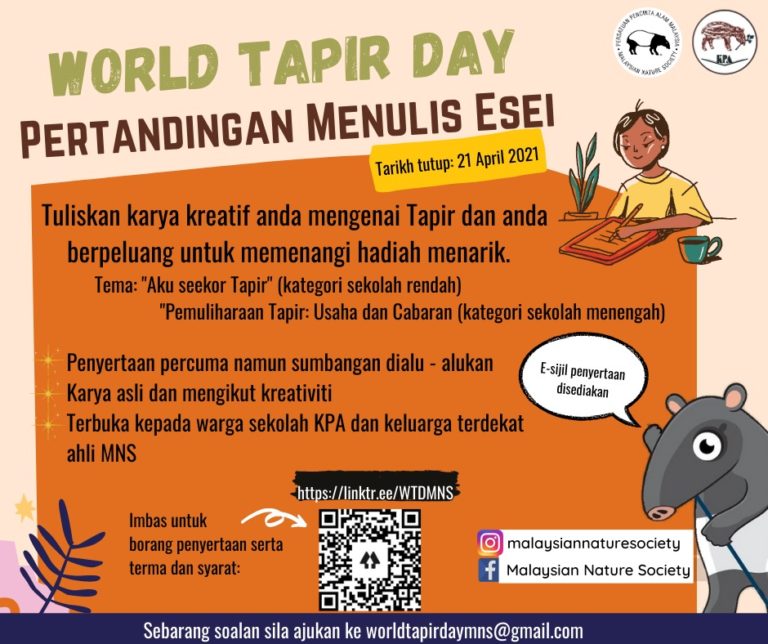 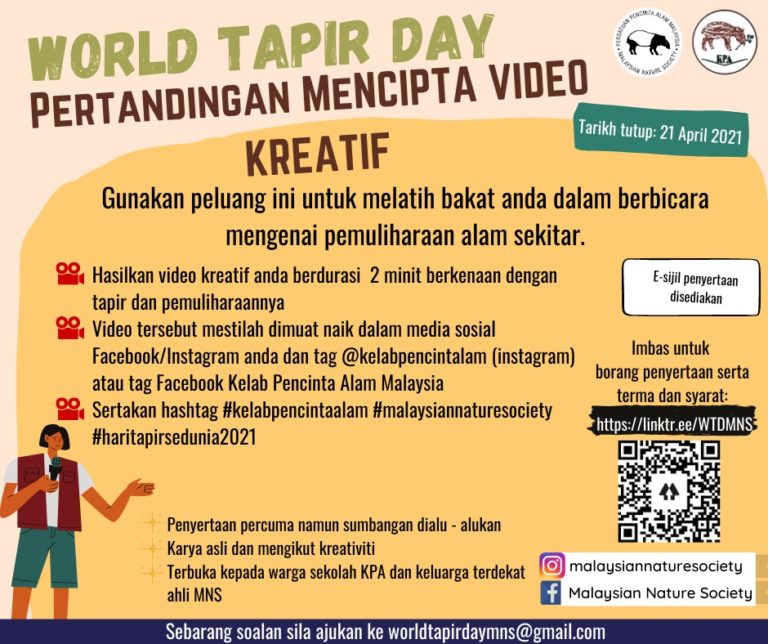