RAPTOR WATCH 2022 E-FORUM – Theme: What happens when no raptors are migrating? 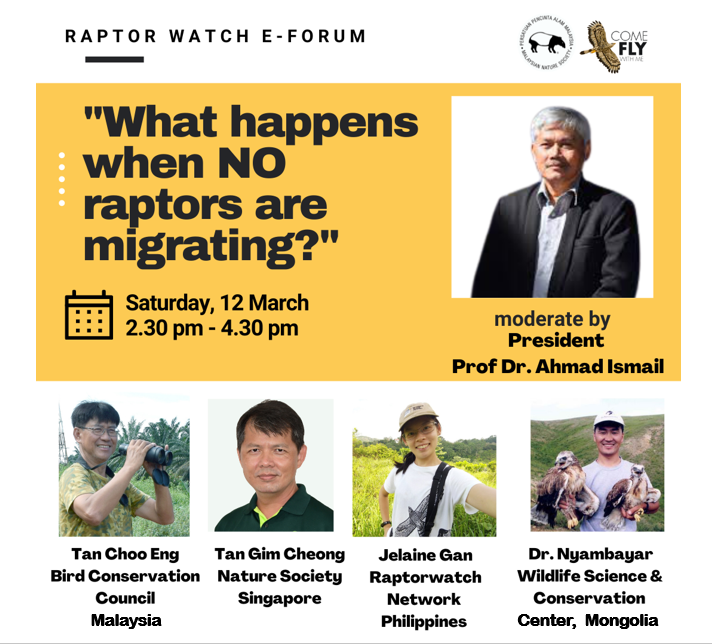 Theme: What happens when no raptors are migrating?

Every peak season in March, the Malaysian Nature Society (MNS) will celebrate Raptor Watch (RW) at the Tanjung Tuan coastal hill forest reserve in Melaka. The spring raptor migration begins in mid-February until mid-April. This is the long journey where the migratory birds of prey flew back to their breeding grounds in the northern hemisphere after crossing the narrow Straits of Malacca from Sumatra, Indonesia. RW is a public event meant to raise awareness on the conservation of raptors and their habitats especially the Tanjung Tuan Forest Reserve. The coastal hill forest provides food for the raptors as well as a resting spot. For raptors arriving late in the evening, it provides shelter for the night before they take off for flight the next day. Without Tanjung Tuan, many raptors may never make it back, due to exhaustion and lack of food.

Tanjung Tuan has been listed as an important raptor site by BirdLife International, National Geographic Society and Hawkmountain. This public event is now in the Melaka’s annual tourism calendar.

The best time to watch the raptors will be between 11 a.m. and 3 p.m. The reason why raptors choose to fly during the hottest period of the day is because they need thermals. Thermals are hot air columns produced by the land due to the heat from the sun. As raptors are very large birds they require these thermals to help them glide without using energy to flap their wings. Thermals will assist the raptors in getting them back to their breeding grounds in far northern temperate Asia with minimal usage of energy.

Despite the scientific data behind it, raptor migration cannot be guaranteed. Nature is unpredictable. A change in wind direction, haze, and rain may deter the birds from flying across leading to a `no bird day’. So what happens when no raptors are migrating? This will be a topic of discussion with our expert panellists sharing their views and theories. Please join us in this public e-forum where you can also join in the discussions. To register for the e forum, please press JOIN or go to the link below.

He is the current chair of the bird group, Nature Society (Singapore). He has been the raptor coordinator for Singapore since 2010, compiling raptor records and organising raptor counts for NSS. His interest in raptors has brought him to raptor watch sites in Thailand, Taiwan, Indonesia, Korea, The Philippines, as well as Taiping, Bedong and Tanjung Tuan in Malaysia.

Talk title: Raptors in the city

She is currently working as an ecology instructor in the University of Philippines Diliman (UPD). She started raptor watching when she was in her teens and is now an aspiring raptor researcher. As officer of the Raptorwatch Network Philippines (RNP), she manages the survey data and conducts education programs for research and conservation.

Talk title: Raptor Migration in the Philippines: A Risky Flight Over Coconuts and Sea

He is currently the director of Wildlife Science and Conservation Center of Mongolia. Nyamba and his colleagues have been monitoring a small population of Cinereous Vultures in central Mongolia for the last 10 years. His interest is in breeding ecology, population dynamics, and migration of raptors. Most of his research is focused on bird migration and flyway scale ecological requirements and limitation in avian species.

He is the chair of both Malaysian Nature Society Penang Branch and MNS Bird Conservation Council. His main interest is in raptors, although he has to cover virtually all aspect of Malaysian’s avian conservation and studies because of his BCC post. He was appointed a City Councilor of Butterworth City Councilin 2020, and was reappointed this year, and his post to champion various bird conservation issues in Penang State.

Talk title: A nesting record of the Crested Serpent Eagle on a rubber tree

He is a retired professor of Universiti Putra Malaysia. His field of interest are wildlife ecology and ecotoxicology. He involve in many research and community activities related to nature protection, conservation and management. Now he is the president of MNS. He is also a Fellow Academy Scince Malaysia, Fellow Malaysian Society of Applied Biology and Fellow of Royal Society of Biology London. 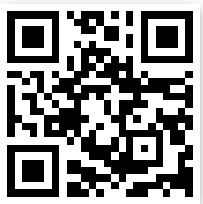