When a wildlife habitat area in Kuala Selangor was proposed to be converted into a new golf course in 1987, MNS stepped in and established it as a nature park instead. Now, the Kuala Selangor Nature Park or KSNP thrives as a tourist destination and educational resource, instilling interest in and understanding of the Kuala Selangor’s unique habitats in visitors. It has since become a sanctuary to many species of flora and fauna, such as the endangered Silvered Leaf Monkey (Presbytis cristata), which KSNP has adopted as its logo.

The uniqueness of the park is evident, and it is also very accessible. There are many trails of varying distances, and visitors get to explore different habitats as there are bird hides and watch towers situated around the 25-acre man-made brackish lake system. Many local and migratory bird species are found in the park.

Visitors can also take a stroll along the Mangrove walkway which takes you into the heart of the mangrove forest where you will get up close and personal with the flora and fauna that are unique to this habitat.

Situated only 20km away from the heart of KL’s city centre, the KSNP is an ideal retreat for urban dwellers, a place where a greater appreciation for the environment can be cultivated.

Apart from the trails listed below there is also a Mangrove walkway that takes you into the heart of the mangrove forest where you will be able to see and study the flora and fauna living in this unique habitat at close quarters.

Visitor Centre
Open 7 days a week including public holidays from 0900 to 1730. T-shirts, souvenirs and MNS books/merchandise can be purchased here.

Slide shows on mangrove ecology, conservation and other Park related activities are available on request (please make prior arrangements with the Park Office).

Seminar Hall
An air-conditioned hall equipped with basic facilities with accommodation for approximately 80 people maximum is also available to rent.

Accommodation
There are 4 A-frame huts, 8 chalets, 2 dormitoriesm, a hostel and a common dining hall.

The lake at KSNP is man-made, created for birds to roost and feed. It also acts as a safe nesting area for approximately 156 bird species, 57 of which are migratory. There are 3 Watch Towers and Bird Hides situated around the lake where one can observe many bird species including the Brahminy Kite (Haliastur indus), Blue-throated Bee-eater (Merops viridis), and Black-capped Kingfisher (Halcyon pileata) to name a few.

Apart from that,  you can also see plants, such as the Sea Hibiscus (Hibiscus tiliaceus), Noni (Morinda citrifolia) and Nypa Palm (Nypa fruticans), around the lake and areas nearby.

The Secondary Forest covers an area of approximately 450 acres which is made accessible by 4 trails. The secondary forest is predominantly a mixture of Strangling Figs, coastal trees such as Cordia dichotoma, climbers, and of course the mangrove fern.

There is a variety of animals living in the forest, such as Plantain Squirrels (Callosciurus notatus), Oriental Whip Snake (Ahaetulla prasina), Four-lined Tree Frog (Polypedates leucomystax), Green Crested Lizard (Bronchocela cristatella), and many other reptiles and amphibians. Some primate species that can be found in the forest include the highly mischievous and noisy Long-Tailed Macaques (Macaca fascicularis), and the notably distinctive Silvered Leaf Monkey (Presbytis cristata), an endangered species that appears on the logo of KSNP.

The Park’s mangrove forest represents part of a complex coastal wetland system, which provides an extremely important intermediate stage between the land and aquatic environment. In this unique interface, you will not only find rich biodiversity, but also specialist adaptations that plants have adopted to cope with the anaerobic and highly saline conditions found in this type of environment.

Within the mangrove forest you will find 4 different families of mangrove trees and a total of 13 species of mangrove trees such as Bruguiera cylindrica. The mangroves and adjacent mudflats form part of a rich ecosystem that recycles nutrients and provides the land protection against coastal erosion. It also constitutes a protective breeding ground for many varieties of commercially important marine invertebrates, including crabs, prawns and bivalves, which in turn support a large variety of birds and mammals. Species found here include the Fiddler Crab (Uca rosea), Mudskipper species such as Boleophalmus boddaerti, and the Banded Archerfish (Toxotes jaculatrix).

Apart from KSNP, there are other attractions in close proximity or within a short distance of it, such as the historical Bukit Melawati overlooking the Park, and also Kampung Kuantan Firefly Park just 6km away, where one can watch the synchronous flashing of thousands of fireflies, regarded as one of the largest colonies of fireflies in the world. 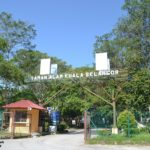 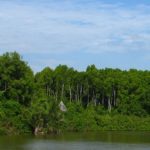 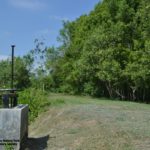 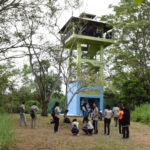 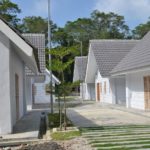 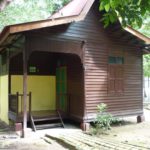 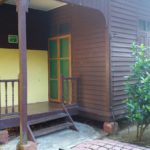 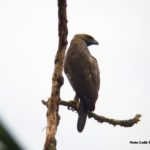 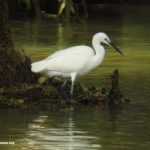