Proposal for Belum Temengor as a UNESCO site 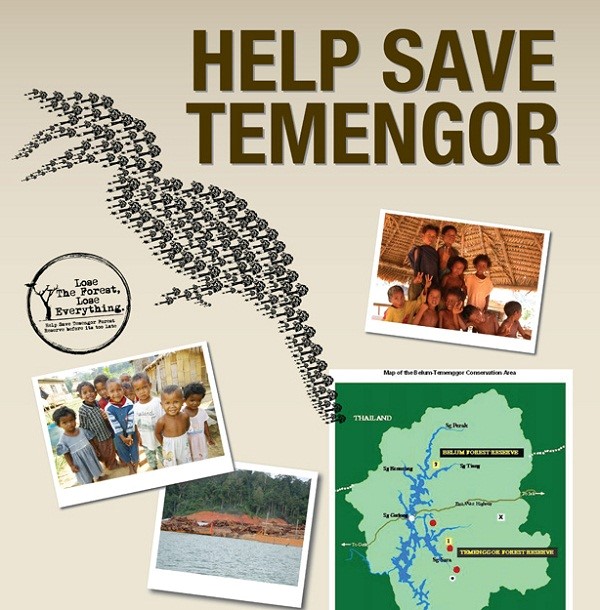 MNS is delighted to learn of the Prime Minister’s proposal to turn Belum-Temengor Forest Complex as a UNESCO site. We are happy with this view from the Prime Minister and sincerely hope concrete measures will be taken to gazette the whole forest complex.

MNS has been involved in Belum-Temengor since 1993 with scientific expeditions and campaigns to urge the state government to protect the forest complex. As a result of our persistance campaigning and awareness, the state government gazetted the Belum Forest. MNS was also honoured with the Merdeka Award for this achievement.

By Ivan Loh, The Star
GERIK: The Government wants to see the Royal Belum-Temengor rainforest reserve listed as a Unesco World Heritage site.
Prime Minister Datuk Seri Najib Tun Razak said studies would need to be conducted before the Malaysia could push for the rainforest to be considered by Unesco.

“Related agencies need to study its heritage value and its economic value.

“Tourists visiting here will need to be controlled in a managed environment,” he said during the launching of the completion of Emkay Group’s Belum Rainforest Resort Phase Two development project at Banding here Friday.

The rainforest is said to be about 130 million years old and older than the Amazon jungle. It is also four times the size of Singapore and boasts various species of flora and fauna.

Najib said he was impressed with the settings at the Belum Rainforest Resort, noting its suitability as a meeting point for leaders.

“The resort can be our own Camp David.

“We can have head of states’ meetings here,” he said.

Emkay Group CEO Ahmad Khalif Mustapha Kamal said getting Unesco world heritage status would bring in more tourists to the area.
However, Ahmad Khalif said Malaysia was currently a Unesco board member and could not submit any dossier on any place for heritage site status for two years.

“We could start the ball rolling again the following year to submit the necessary documents,” he said.

He noted that Emkay’s research centre had ample facilities to accommodate scientists and researchers who wanted to conduct studies on the rainforest.