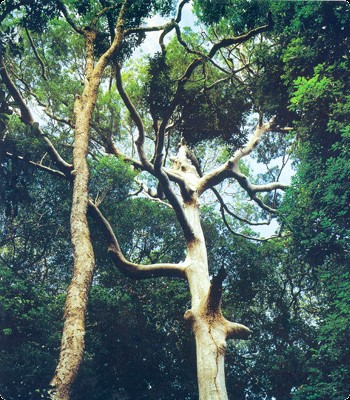 One of our signature campaigns and successes has been with the conservation of the Belum-Temengor (BT) Forest Complex. The uniqueness of this area prompted MNS to embark on two landmark expeditions between1993-1994 and in 1998. The result of this was the success in the gazetting of an area spanning 117,500 ha as the Royal Belum State Park in 2007. The MNS Belum-Temengor Campaign which started in 2006 is an ongoing effort with the overall aim of conserving the Belum-Temengor Forest Complex in its entirety.

As Malaysians, we take pride in creating the biggest, longest, widest, tallest man-made items to secure yet another spot in the Malaysian and World Book of Records. Here is one extra fact that will and should be a part of the “Malaysian Pride”. We have the oldest rainforests in the world

The Belum-Temengor Forest Complex (BTFC) is said to be more than 130 million years old, older even than the Amazon Forest or the Congo Basins.  For a forest which has withstood the test of time, the biodiversity of this forest is unique and none like any other. Spread over 300,000 ha, the BTFC has a noteworthy level of mammalian fauna, with over 100 species recorded as revealed by past scientific researches.

In the light of the recent events, the BTFC’s eminence in nature faces threat due to the proposed intentions to degazzete certain areas of the forest for further development.

The conservation of BTFC has been a long concern of MNS. Older than Malaysia, MNS embodies our history and evolution as a nation and has taken on conservation issues through field conservation projects and environmental education for the past 70 years. Since then, MNS has had two landmark expeditions in this area in 1993 and 2000. In the first expedition in 1993, MNS led the Belum Scientific to study and promote its natural astonishing wealth. This resulted the production of the Management Guidelines for a Proposed Belum Nature Park in 1995. The Royal Belum State Park (117,500 ha) was finally gazette in May 2007, four years after which it was announced.  However, only one third is protected and the remaining two thirds of the Temengor Forest Reserve remain vulnerable to a host of threats particularly logging and poaching

The quest to secure BTFC’s protection from the pressures of poaching and logging remains half completed.

MNS in conjunction with its 70th Anniversary celebrations in 2010, collabarated with The Body Shop Malaysia® to launch the “Save Temengor Campaign 2010” on the 22nd April 2010. The objective of this Campaign was to advocate for protection of the Temengor Forest Reserve, in order to preserve the integrity of the BTFC as an intact forest landscape as well as to increase enforcement on wildlife hunting and trade.

Taking pride is not only celebrating it, but also by continuously striving to protect and nurture it.

In 2011, MNS together with The BodyShop Peninsular Malaysia handed over the total number of signatures collected from the campaign. We wish to thank all of you who were a part of the “Save Temengor Campaign” where you demonstrated your Malaysian Pride for our country’s oldest natural heritage.